If you stopped people on the street and asked, “What is aquaculture?” you might get answers like, “People who love the ocean and attend drum rallies on the beach?” or “Indigenous tribes that live only on fish?” The answer is neither. Aquaculture is essentially underwater farming, and it’s not just farmed fish as you might think. Aquaculture is the process of growing and raising salt and freshwater organisms in controlled environments. This can range from small man made pools to large areas in the ocean that are netted and sectioned off. These methods differ from commercial fishing in that aquaculture does not deplete natural fishery stocks.

The knowledge and resources required to raise aquatic food might make this seem like a new and innovative breakthrough in mass food production. The truth is that aquaculture is thought to have been around for centuries. The volume of aquatic produce isn’t small either. As a matter of fact almost half of the fish and shellfish consumed around the world are farmed. This is astounding. What’s more is that China accounted for three quarters of the world’s total supply. As our world populations grows exponentially and we increasingly rely on Aquaculture as a food source - it’s important to understand the impact of these processes, both good and bad, on the human race and the environment. 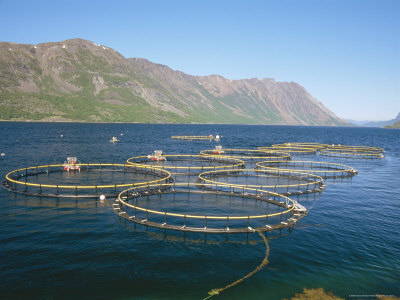 Almost 90% of the clams, mussels, and oysters consumed worldwide come from aqua farming and demand has been steadily increasing over the last 40 years. Oysters, clams and mussels, are part of the mollusk family known as bi-valves. Mollusks are a fantastic source of protein and have a generally positive impact on the surrounding environment because they are filter feeders. 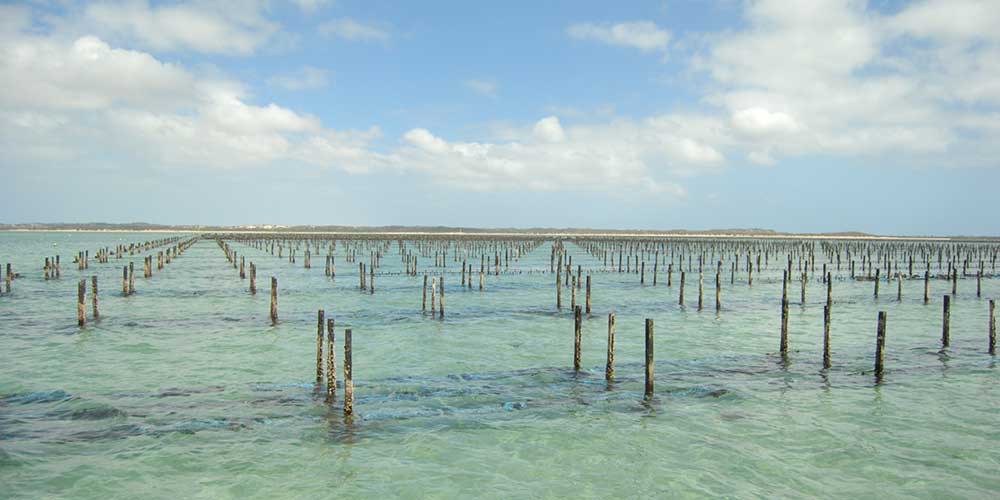 Bi-valves feed on plankton and debris in the water column. A single oyster can filter up to 50 gallons of seawater per day. Mollusks have also been used as a way to mitigate the negative effects of fish farming. By introducing filter feeders, excess waste and nutrients can be filtered from the water column.

Research is showing that bi-valve aquaculture may have consequences. Spat, or seed harvest, which is the collection of oyster larvae, may deprive other important members of the food chain of an essential food source. 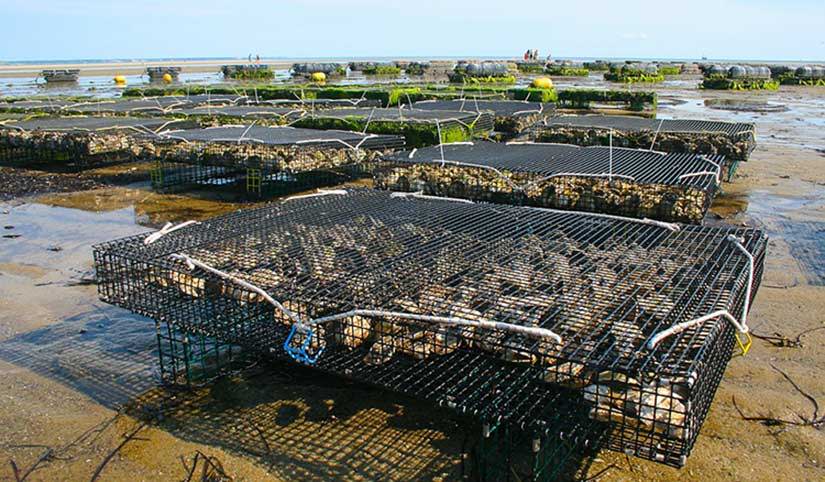 As a percentage of global marine food farmed exports, the US is one of the largest importers and smallest exporters. The US government stated publicly that they intend to reduce the trade deficit as it pertains to seafood. This bodes well for the US aquaculture industry outlook in terms of potential job creation. Although the United States ranks as one of the smallest (16th) producers of seafood grown production, this could all change with relaxed legislation on approving fish farms in federal waters. 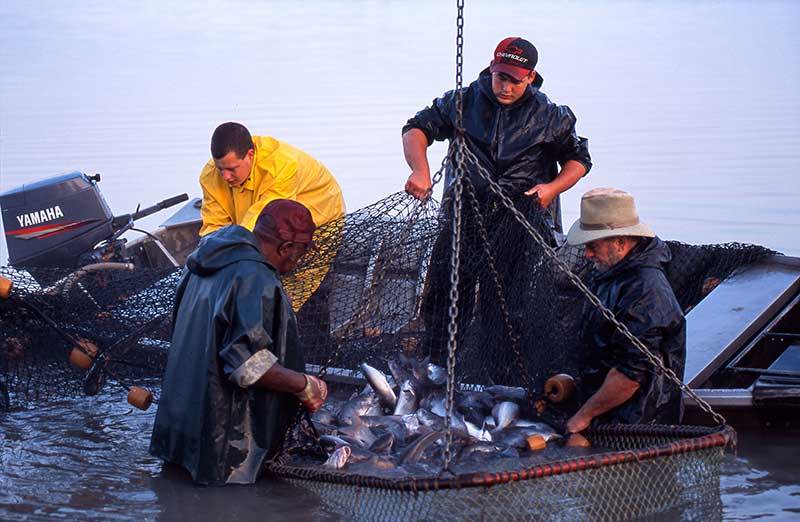 Overall Aquaculture growth production and jobs in the U.S. may be stifled by the amount of regulating agenciec with touchpoints to farmed seafood. According to the Food and Agriculture Organization, “The Federal Water Pollution Control Act, the Food, Drug & Cosmetic Act, the Animal Drug Availability Act, and the Magnuson-Stevens Fisheries Conservation Act do not significantly address aquaculture, but provide the statutory framework for regulating food safety, veterinary medicines, HACCP programs, coastal zone management, and other activities related to aquaculture”. We need these organizations to ensure food is being produced ethically and is safe to eat; however, too much bureaucracy will only hinder the United States ability rely on itself for seafood production.

Reef systems are the building blocks of life in the ocean. Healthy reef systems can be created artificially; however, the most common method is sinking a retired marine vessel or aircraft. Normally you wouldn’t think of an oyster cage as a reef system but surveys and anecdotal evidence suggests that these cages are commonly colonized by finfish that would otherwise inhabit rocky reef structures. 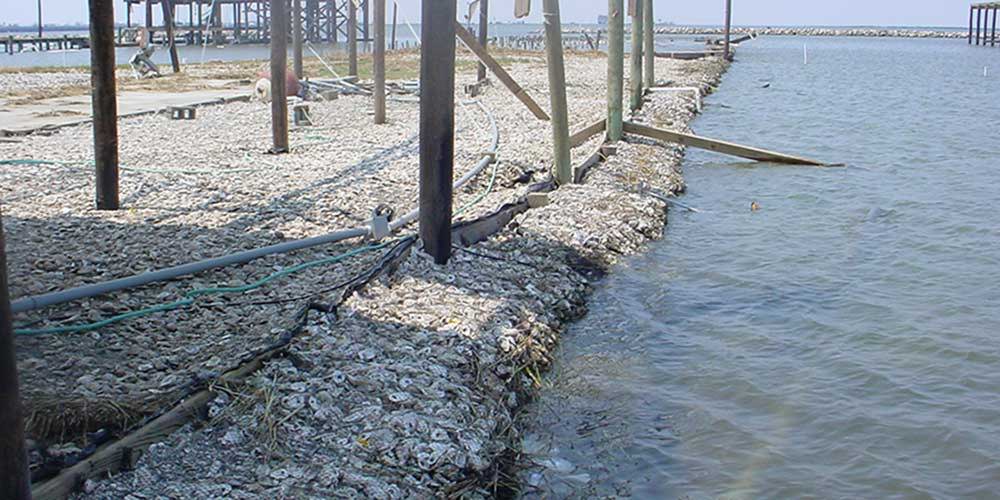 Oyster cages suspend oysters in the water column until they’re ready for harvest. These suspended cages stay close to the bottom of the sea floor and attract marine species living close the sea floor. This, in turn, draws larger carnivorous predators that feed on the smaller organisms. Oyster cages, while potentially becoming artificial reef systems, simultaneously filter and clean the surrounding water as they grow making them excellent as a sustainable food production source and environmentally healthy.

The environmental damage caused as a byproduct of factory farming cannot be overstated. Billions of animals raised and slaughtered each year produce millions of tons of waste which, in turn, produces methane. Methane is one of the worst greenhouse gases and produces 21 times the warming effect as CO2.

Let’s face it, people aren’t going to stop eating surf or turf but studies have shown that the availability of seafood may have a direct correlation to its demand. The number of the world’s healthy natural fishery stocks is decreasing rapidly and maintaining a healthy supply of seafood will serve to provide consumers with protein sources alternative to factory farmed chicken and beef.

While Fish do not produce methane gas like a cow would, some processes required to support the fish farming industry are not exactly environmentally friendly. For example, emission heavy fishing vessels are commonly used for mass scale ocean farming and mollusk collection. Various interest groups cite ethical concerns, animal abuse and food quality as a reason to deter any type of factory farming but from an environmental perspective, controlled seafood cultivation has more promise than land based factory farming. 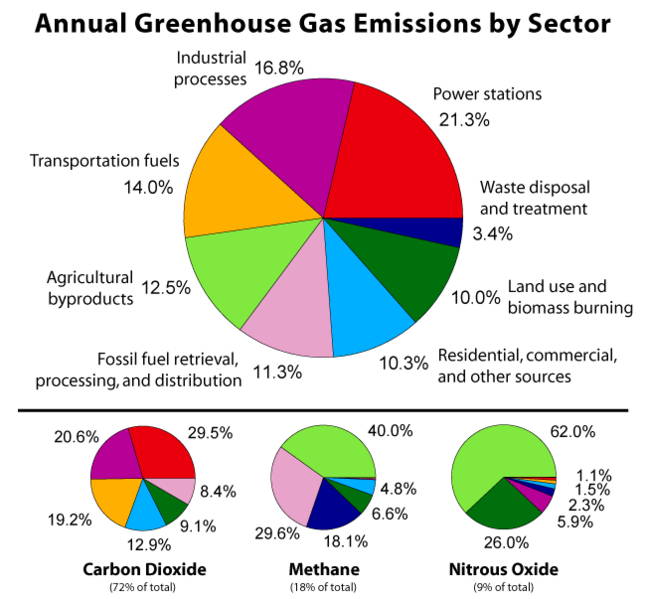 According to the Food and Agriculture Organization, survey numbers as of 2018 show that total catch from global fisheries has stayed constant while aquaculture production and demand for seafood has increased. This trend is a bit interpretive depending on how you look at the data.

On one hand we are successfully serving the worlds demand for seafood without completely depleting existing fisheries. On the other hand, advancements in large scale fish farming and aquaculture have done nothing to reduce the pressure on the world’s fisheries. 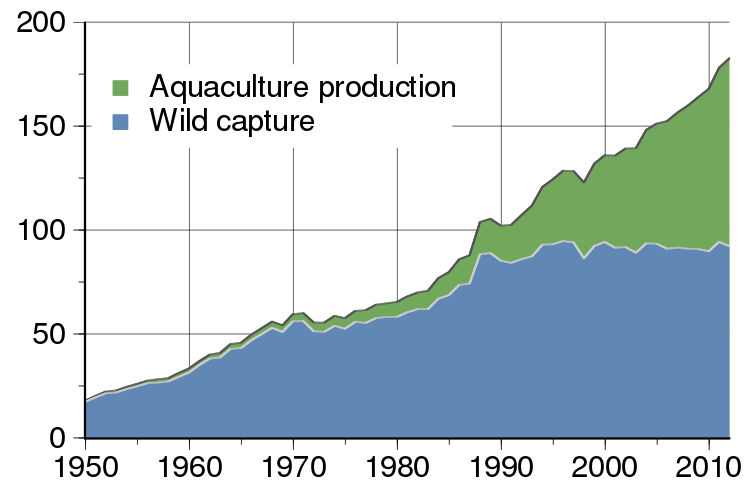 China, which is the world largest exporter of farmed fish, is reducing their total wild catch by an estimated 5 million tonnes by 2020 due to recent policy changes. This is just a fraction of the total 90 million tons of annual global wild catch. The world’s population is expected increase by 900 million in the next decade. As the population grows, and if we expect to maintain current wild fish stocks, we will need to rely heavily on aquaculture to supplement the increasing demand for seafood.

Marine farming involves rearing aquatic species for consumption. This includes raising carnivorous fish from an infantile stage. One of the larger problems in this process is supplying these growing fish with food.

According to SeafoodWatch.Org, “Every year, millions of tons of wild fish, like sardines and anchovies, are caught and processed into fishmeal and fish oil, which is used to make feed for farm-raised species. Some of these species, like salmon—one of the most popular farmed fish in the world—require over a pound of wild fish for every pound of weight they gain. Tuna requires over 15 pounds of feed for every pound it gains.”

Although the FAO states that our global catch from wild fisheries has remained constant, we are still extracting natural resources to subsidize farm raised fish. It isn’t all bad though, some species of farm raised fish like tilapia and catfish can be sustained on plant based diets alone.

Susceptibility to disease and parasites

In marine farming processes where fish become over-crowded and water is not properly sanitized, parasites can often be a problem. To compound overcrowding, chemicals are often used to treat parasitic issues. This introduces foreign chemical substances into the surrounding environment and substances that those fish wouldn’t otherwise encounter in the wild. 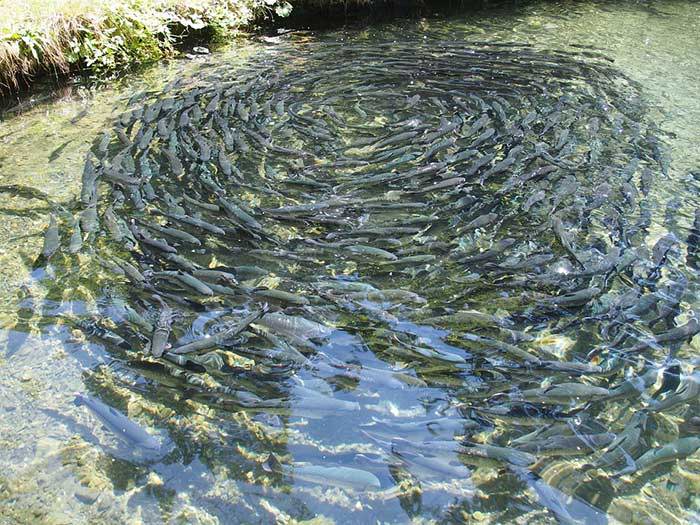 Aquaculture provides approximately 70% of the global salmon market. Salmon and Tilapia are on the top of the list in terms of produced volume of farmed fish. Controversy around the quality of these farmed fish has largely been in reference to the level of omega-3 fatty acids and contamination caused by the large scale system used in rearing.

Omega 3’s are heart healthy and a recommended staple of a heart healthy diet. These fatty acids have been found in lower amounts in farm raised Salmon and Tilapia. Fish feed is to blame for nutrient deficient finfish like Tilapia and Salmon. Tilapia are omnivores and, in the wild, consume larger quantities of plant matter and algae which reduces their Omega 3 content.

Laws and Practices vary greatly by country and state

In the United States there are a few federal agencies like the FDA, EPA and NOAA that oversee various components of aquaculture that fall within the realm of their oversight. Although federal agencies provide a general framework for things like waste management and food quality, the majority of U.S. aquaculture is regulated at the state level and varies depending on the geographical location and type of aquaculture activity.

Aquaculture is a large industry. To think that creating one set of rules and regulations would lead to greater production and lower barrier to entry is naive and overlooks the complexity of each segment. It is important to understand that the marine farming and aquaculture industry suffers from some level of disorganization. Additionally, varied state practices make for skepticism in the reliability of the final product.

Pollution and coastal degradation caused by the aquaculture industry is not all bad or all good. The environmental effect depends greatly on the species, location and scale, of the operation; however, there is some level of damage caused regardless of the specifics. Oysters, mussels and other mollusk farming tends to be more eco-friendly as the inherent benefits of bi-valves offset or overshadow the downsides such as abandoned oyster cages and rigging equipment.

Finfish farming has been under scrutiny and the effects of pollution as a byproduct have been widely publicized. This recent article by Undercurrent.com discusses Nordic Aquafarms plans to pour almost half a billion dollars into a finfish farming operation in the small town of Eureka, California. Concerns from local residents and environmental groups cite the potential for straining local water supplies, pollution, and general disruption to the small town of almost 7,000 people.