Countries participating in the Paris Climate Act of 2016 have collectively agreed to reduce carbon emissions in an effort to keep global temperature rise below 2 degrees Celsius. There are two methods of reaching this goal. One is to reduce carbon emissions by using smarter and more efficient ways of powering our society such as renewable energy and biofuel. The other is to suck carbon out of the atmosphere or existing industrial emissions sources and either sequester it (put it back into the ground) or use it to make cleaner fuels and other products.

Globally, transportation accounts for 20% of total Green House Gas emissions. This is simply the carbon produced by sourcing, transporting, and consuming the fuel we use to drive our cars, fly and get from A to B. Reducing transportation emissions to a neutral or slightly positive carbon output would go a long way in balancing the carbon budget.

We can’t just replace the billions of cars that exist in the world with electric or hydrogen powered vehicles, and although the popularity of FCV and battery-powered auto brands is growing, this change will take time. 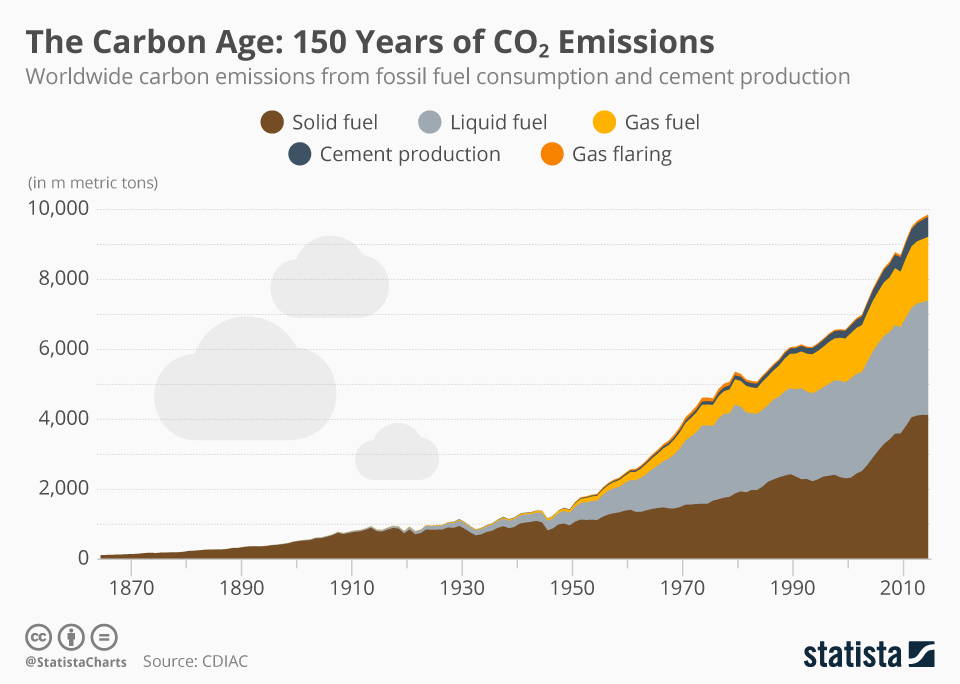 The world’s window for switching to cleaner energy sources doesn’t really line up with the runway we would need to make an impact by switching to electric vehicles. And while this sounds a bit ominous there are other options, thanks to new technology, that may allow our gas-powered vehicles to be more environmentally friendly. Substituting existing high emission fuels with carbon neutral fuels might help bridge the gap in phasing older high emissions vehicles out while we transition to vehicles powered by renewable energy.

What is Carbon Neutral Fuel?

Carbon Neutral Fuel is a broad term that encompasses any fuel source that doesn’t produce a net positive carbon or greenhouse gas impact. In other words, the carbon input used to produce the fuel equals the carbon output it produces. These fuels are a type of synthetic fuel however not all synthetic fuels are carbon neutral.

Fuel production requires energy and unless that energy is produced from a renewable source, most operations are burning fossil fuels and GHG in the process of making that fuel. In recent years, technology has allowed us to develop systems that capture carbon from a high emission flue or stream of exhaust from a refinery or power plant. This is called DAC – Direct Air Capture. Combing the carbon sourced from Direct Air Capture and a hydrogen, produced through a process called electrolysis, we can now make a liquid Carbon Neutral Fuel. Thanks to Direct Air Capture technology and the increasing availability of renewable electricity sources, we can now produce a high-quality Carbon Neutral Fuel.

A New Technology on the Horizon

The key to making Carbon Neutral Fuels a real possibility relies on two things, the source of carbon and the cost and method of producing the electricity used to produce hydrogen. Traditional fuel carbon emissions in existing power plants can be offset by capturing the carbon emissions from the flue (that billowing cloud you see rising into the sky). This creates a closed loop system where emitted carbon is captured and reused to make new fuel.

In addition, that same technology can be placed anywhere on the globe and used to pull carbon out of the atmosphere. This carbon capture technology is called Direct Air Capture and it has the potential to change the way we produce, use and store energy. 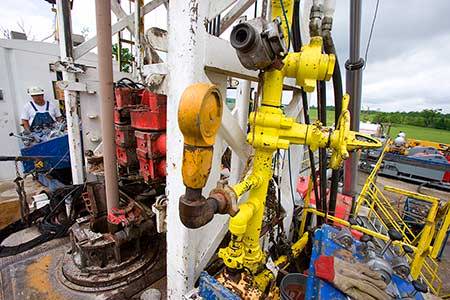 Direct Air Capture technology is relatively new and small scale. There are currently a handful of DAC operations globally implementing DAC from the atmosphere. At scale, this tech could prove to be a piece of solving the emissions puzzle. In July 2019, a Bill was passed in the U.S. Senate to implement Direct Air Capture (DAC) technology and explore the potential benefits it may have in offsetting carbon emissions.

Capturing carbon, whether it is from the general biosphere or next to an oil refinery, means potentially gathering an important component of carbon neutral synthetic fuel at close to net zero emissions.

Solving the Other Half of the Equation

If we assume that sourcing carbon from the atmosphere or some other high carbon emissions source is a potentially viable option, we’ve still only sourced half of the chemical elements needed to make liquid Carbon Neutral Fuel. In order to make a synthetic carbon neutral fuel we also need hydrogen. Hydrogen is a carbon free energy source and its production currently exists on a large scale in many parts of the world. The issue, as it relates to making it a component of carbon neutral fuel, is that the production of hydrogen is traditionally not carbon friendly.

Although hydrogen itself is a carbon free energy source, most of it is currently produced using fossil fuels as an energy source. Not all is lost though, in the last couple of decades renewable energy sources such as wind, solar, and hydroelectric have become reliable on a large scale and continue to gain momentum.

So, what does this mean for hydrogen production and CN fuels? Hydrogen production can be created using a process called electrolysis. Electrolysis uses electricity to separate the hydrogen atom from oxygen in water. Deriving the energy used for this process from renewables would yield carbon free hydrogen to incorporate into a CN fuel mixture.

Hydrogen also holds promise in powering hydrogen fuel cell vehicles. Fuel cell vehicles are zero emissions and producing hydrogen using renewable energy rather than reformed natural gas would prove to kill two birds with one stone – carbon emissions on the fuel production and on the road.

The Challenges of Making DAC and Renewably Sourced Hydrogen Viable

First, the cost of using DAC technology to create carbon neutral liquid fuels must be low enough to compete in existing markets. Substituting existing gasoline at the pump with a Carbon Neutral Fuel that cost more doesn’t make economic sense.

To get the ball rolling, DAC operations are targeting areas such as California that have adopted a Low Carbon Fuel Standard and incentivized the use of low-emission fuel without passing the cost along to the customer. In these markets the cost of using carbon friendly fuels is subsidized and competitive with high emission fuels based on a carbon tax credit system.

In addition to capturing carbon at lower prices, making a liquid Carbon Neutral Fuel competitively priced also means sourcing electricity from renewables at a price point that’s attractive to existing markets. CNF production uses a significant amount of electricity in order to combine hydrogen and carbon to make a liquid based fuel.

The wind and solar market for renewable electricity is growing and slowly beginning to become a viable option for businesses and municipalities looking to source large volumes of energy. Sourcing renewable energy used for Carbon Neutral Fuel removes the variability of emissions in producing the electricity and ensuring the fuel produced is environmentally friendly. 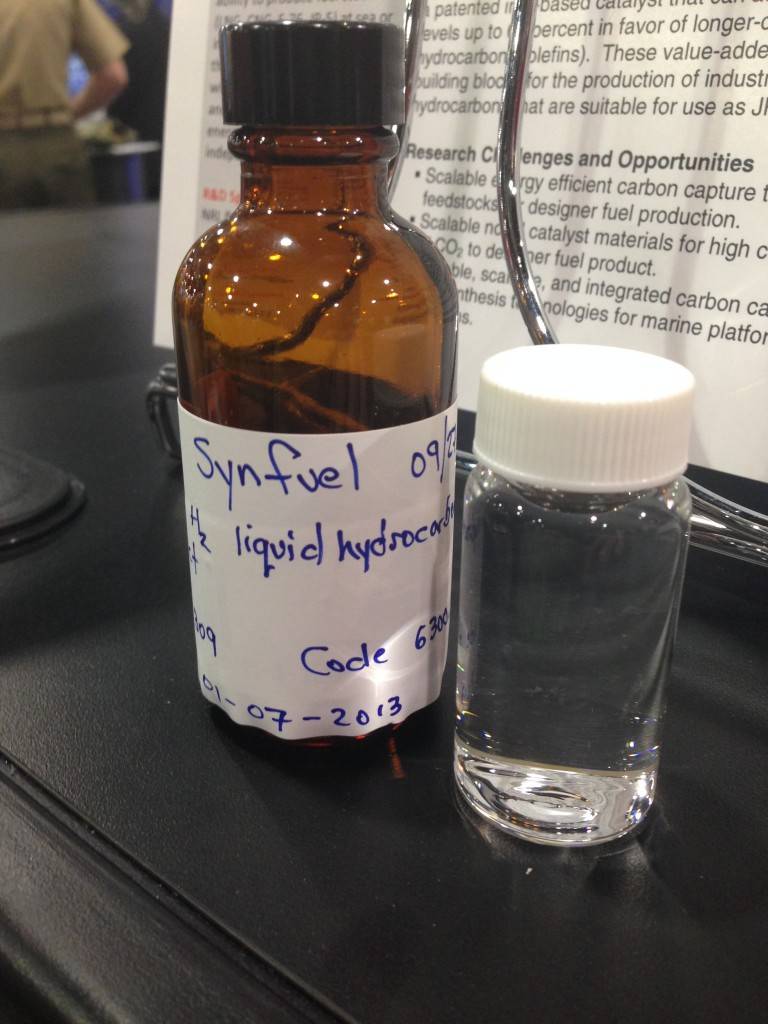 Synthetic Fuel Developed by the Naval Research Lab at the Air and Sea Expo in MD. Image Credit: Science.Dodlive

Putting It All Together

If we take the sum total of carbon emissions specifically related to producing fuel for transportation, we can divide the pie into emission emitted by producing the fuel need to operate vehicles and driving the vehicles themselves. Carbon Neutral Fuel will still emit carbons when it’s burned however reducing the carbon output on the fuel production side could potentially result in a 50% reduction in overall greenhouse gas emission in total transportation emissions.

Utilizing Direct Air Carbon Capture to support the production of Carbon Neutral Fuel is important piece of reducing the overall carbon budget. Though the process isn’t a silver bullet to solving climate change and hasn’t garnered a significant amount of coverage and investment, the potential positive environmental impact could be a game changer.

Producing liquid Carbon Neutral Fuel at scale will require a significant investment in developing thousands of Direct Air Capture operations. The time it takes to scale the technology to a level in which carbon offset is realized depends heavily on public reception of the severity of the climate change problem, politics, and investment from both government and private venture. Providing a fuel source that allows for a seamless transition between existing fuels that are produced using natural gas and oil to a Carbon Neutral Fuel will reduce the burden of change and move the needle towards our climate goals.